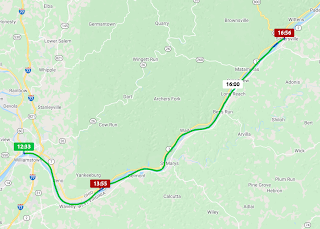 An odd day. My niece and her fiancé flew into Columbus last night, then took a bus to meet us in Marietta today. They arrived around 10:30 am. We went to brunch, then we fired up the engines and headed north. We're taking them to Pittsburgh ... assuming all goes well.

Adventure #1 happened at the Willow Island lock. We hailed them about 3 miles out, and got a "just keep on coming" answer. As we were getting close the doors were opening. We noticed a number of small bass-fishing boats also waiting, right by the lock doors.

While leaning over the railing to get a fender ready, Russ bumped his hand-held radio, which was clipped on his PFD, and it plummeted into the river. It floats, we knew, so we went into "man over board" mode to rescue it. I quickly hailed the lock and told them we were trying to retrieve the radio and please hold the lock. He told us to take our time. With Russ kneeling on the swim platform he gave me instructions like "stern to port" or "straight back." We did, indeed, rescue the radio.

The rest of the lock went like clockwork -- got next to the bollard, tied up, rode up, and away we went. Brie and Harsh (said niece and soon-to-be-nephew-in-law) were impressed by our communication skills in retrieving the radio.

Within 10 minutes of leaving the lock, all our radios started squealing. You've probably heard it before -- someone in distress pushed the big, red button on the radio. Only when Russ check the MMSI it was us. Turns out the wet radio believed we were sinking and sent out the message. Russ called the Coast Guard to tell them the situation, and that we were not in distress, all while struggling to remove the battery from the handheld as it sent out the alarm a number of times.That behind us we headed to the town wall of Sistersville. Boats with deeper drafts were there recently, and no one complained of depth. However. ...sigh... We are very wary now. I was calling out depth as we approached the pier. When it got to 2 feet beneath us Russ has already put a line on one of the cleets, but I could tell inQuest wasn't sidling up tight like she should be. I told him we were in mud. We weren't getting closer than this.

He got off the boat and check the depth all along the pier (no other boat was there) and agreed we needed to bag the attempt. 3 feet is just not enough for us. We slowly slogged our way out (I'm sure we had some log or piece of wood under the starboard running gear -- I could hear it thump) and got back into the Ohio. About a mile up was an island. We tucked in behind it, dropped and anchor, then made some mushroom stroganoff for dinner.

So, day 1 on the rivers and our guest have already had a number of adventures.

The weird part of this vid is right at the beginning.
We are moving back and forth as we're rescuing the radio.

You can see us getting to Sistersville, not quite getting next to the dock,
then leaving to go to the anchorage.

Posted by Jax Robertson at 8:16 PM